Deprecated: The called constructor method for WP_Widget in EV_Widget_Entry_Views is deprecated since version 4.3.0! Use __construct() instead. in /home/tce2bshzhca5/public_html/wp-includes/functions.php on line 4872
 INDIAN ARMY RESCUES CHINESE CITIZENS IN NORTH SIKKIM – Defence Reporter 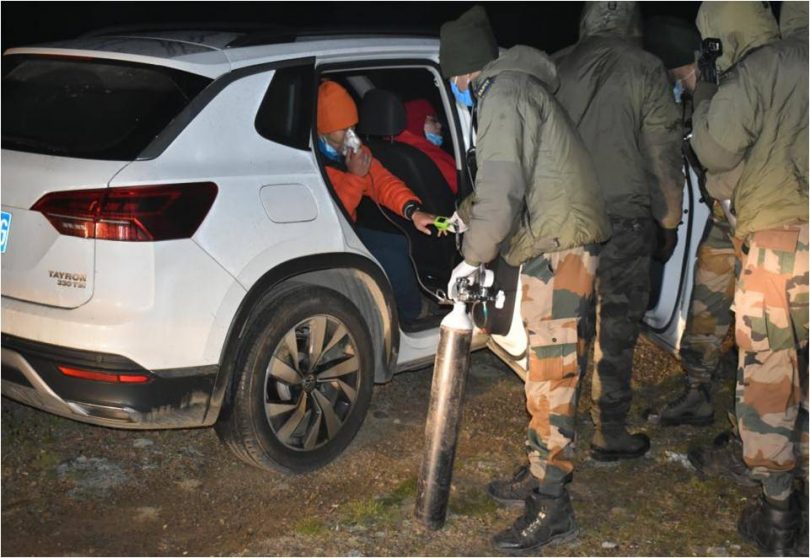 The Indian Army extended a helping hand to three Chinese citizens who lost their way in Plateau area of North Sikkim at an altitude of 17,500 feet on 03 September 2020.

Realising danger to the lives of the Chinese citizens which included two men and one woman in sub zero temperatures, the soldiers of Indian Army immediately reached out and provided medical assistance including oxygen, food and warm clothes to protect them from the vagaries of extreme altitude and harsh climatic conditions.

The Indian troops also gave them appropriate guidance to reach their destination after which they moved back. The Chinese citizens expressed their gratitude to India and the Indian Army for their prompt assistance.