Deprecated: The called constructor method for WP_Widget in EV_Widget_Entry_Views is deprecated since version 4.3.0! Use __construct() instead. in /home/tce2bshzhca5/public_html/wp-includes/functions.php on line 4872
 Army Chief review’s situation at LAC – Defence Reporter 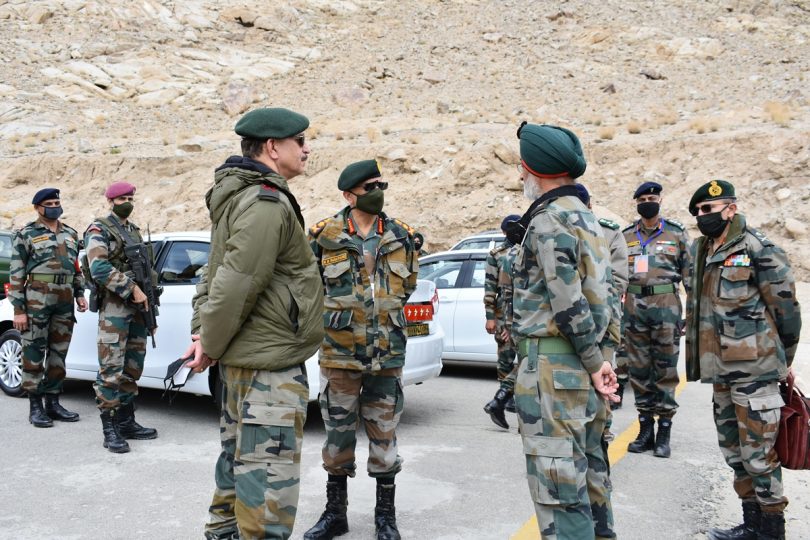 The Chief of Army has paid a two-day visit to Ladakh to examine the situation amidst the prevailing tension with China. His visit was to examine the winter preparation for the soldiers on the LAC and adjoining areas. The preparation for it had begun a month before, considering the extreme winters and temperature drop in the area. The next four weeks are expected to be crucial in terms of military actions on both sides.

The Chinese army will also utilize the next four weeks to the fullest in wake of repelling the Indian soldiers, because during the winters, any forward action will be difficult and henceforth the line of control will be considered from the place where the Indian soldiers are situated for the next year.

According to sources, up to 20 thousand soldiers are being placed around Leh in winter. These soldiers will be brought in to replace the already deployed soldiers and those who will be brought back from further deployment for rest or treatment.
During winter, the temperature of Chushul is expected to fall from zero to 30 degrees and the temperature on the hills further falls further than that. Till last year, there was no deployment of troops on these hills, but this year there is a possibility of deployment of them throughout the winter.The soldiers will be given rest from time to time and the process of deploying fresh troops will continue. In extreme and cold locatiions like Leh, large number of soldiers have to be kept ready and fighting fit for any unforeseen action from the other side.

The total number of deployed soldiers is four times than the usual numbers since last year and the biggest challenge being, their safety in temperatures below zero to 40 degrees.

The first snowfall in Ladakh is by mid-September which continues for the next 7-8 months. In such a situation, keeping soldiers safe from the severe cold and keeping the supply line operational is the biggest task. The next one month is very important in terms of military operations because it is the most likely attack time from China.
Right now Indian soldiers are deployed at high heights, but within a few days it will be difficult to upkeep the same number at those heights.