Deprecated: The called constructor method for WP_Widget in EV_Widget_Entry_Views is deprecated since version 4.3.0! Use __construct() instead. in /home/tce2bshzhca5/public_html/wp-includes/functions.php on line 4872
 Indian Army recaptures the lost hills of 1962 war – Defence Reporter 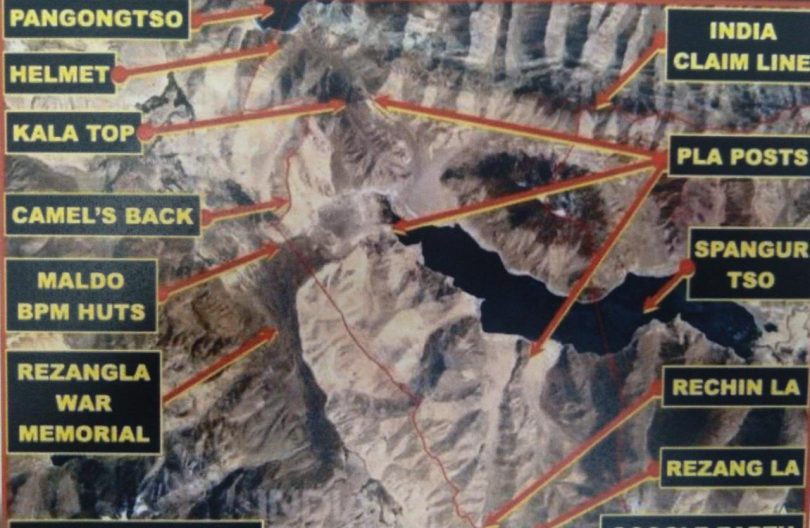 The Indian Army has successfully captured all those hilltops,that were lost after the 1962 Indo- China War.  During the last four days of action, the Indian troops captured all the hills where Indian Army had not existed after 1962. This action was carried out in the circumference of 25 km between the Patrolling Point 27 to 31.In these hills, the Indian soldiers are now at an advantageous position on the front, as they can monitor till Moldo military headquarters in China.

On 29-30 august 2020, 25-30 Chinese soldiers were seen moving towards the Chinese Observation Post on the Kalatop. This “Chinese Observation Post” had been established after 1962 at this place. The Indian Army acted swiftly on this information and reached the top and took over the post. During this time there are reports of scuffle between Indian and Chinese soldiers but the Indian Army is denying it.

Even on the 30–31 August midnight, the Chinese army tried to move forward, in response the Indian army captured many more hills. All these hills are of strategic importance in the area of ​​Chushul and due to their capture by Indian soldiers, the pan of India on the southern side of Pangang Lake has become very heavy.

These actions were taken between PP 27 and PP 31. There are fixed places on LAC in Ladakh as far as patrolling is done. Their numbers start from Karakoram Pass and go south. PP1 is at Karakoram Pass.At the same time an armored regiment of the Chinese army and a battalion of armored vehicles were seen near the Spangur Gap. The Spangur Gap is about 50 meters wide path between India and China, on one side is the Magar Hill and on the other is Gurung Hill.

The Indian Army has deployed its tanks and armored vehicles at all important places near the LAC to prevent the attack of tanks from the Chinese side. The Indian troops occupied Wrenching La and Rezang La where the Indian Army never sent troops after 1962.

There was a fierce battle in both these places in 1962. Every activity by China can be monitored in the area from the possession of these two hills to Moldo. Magar Hill and Gurung Hill near Spangur Gap as these have also been occupied by Indian troops and deployed there.