Deprecated: The called constructor method for WP_Widget in EV_Widget_Entry_Views is deprecated since version 4.3.0! Use __construct() instead. in /home/tce2bshzhca5/public_html/wp-includes/functions.php on line 4872
 INS NIREEKSHAK JOINS RESCUE OPERATIONS FOR SUNKEN MAURITIAN TUG – Defence Reporter 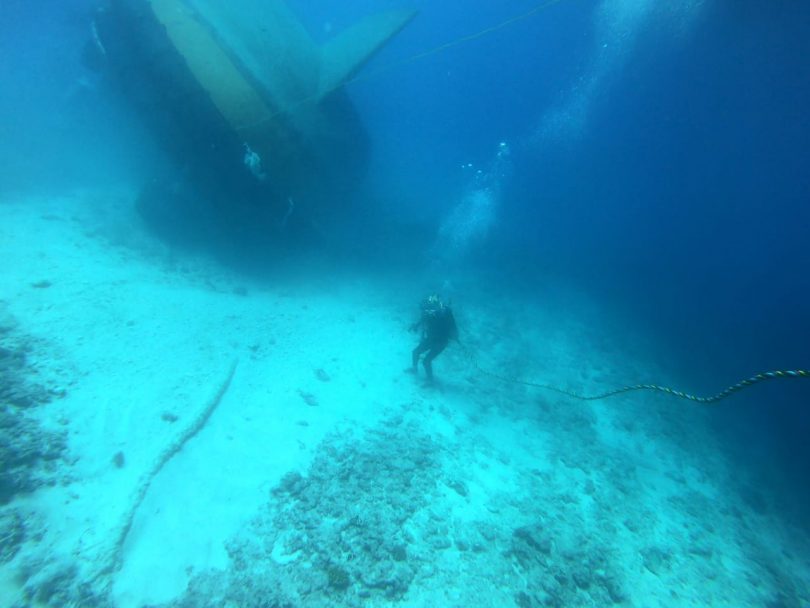 INS Nireekshak joined the National Coast Guard, Mauritius in search and salvage of the Mauritius Port Authority (MPA) Tug Sir Gaetan Duval. The diving team confirmed the location of the wreck on 03 Sep 20, undertaking underwater filming which was shared with Mauritian authorities.

The tug was towing a barge to convey equipment being used for pollution control from the MV Wakashio oil spill, before rough weather caused a collision of the tug with the barge causing it to sink.

The request for diving assistance was received by the High Commission of India at Mauritius following which INS Nireekshak, which was conducting EEZ surveillance based on request from Government of Mauritius, was diverted back. The ship’s specialised diving team conjoined rescue efforts with the National Coast Guard. So far, no oil spill has been observed from the sunken tug and salvage operations are underway.

The diving operations were carried out on 03 & 04 Sep 20 and location of the sunken tug Sir Gaetan Duval identified utilising High Definition underwater camera in 18 meter depth.

In addition to the assessment of damage incurred by the sunken tug, underwater videography and photography was also carried out by the specialist divers and handed over to the Mauritius authorities to facilitate further investigation.

On 07 Sep, the ship deployed four cement blocks of 1.2 tonnes each around the site of sunken tug to be used by the Mauritian Pollution Response Team to fix booms at the scene of action towards containing fuel in the event of an oil spill. This involved conduct of diving operations in rough weather conditions including night diving.