Deprecated: The called constructor method for WP_Widget in EV_Widget_Entry_Views is deprecated since version 4.3.0! Use __construct() instead. in /home/tce2bshzhca5/public_html/wp-includes/functions.php on line 4870
 INS Karanj – Third tiger shark ready for hunt – Defence Reporter 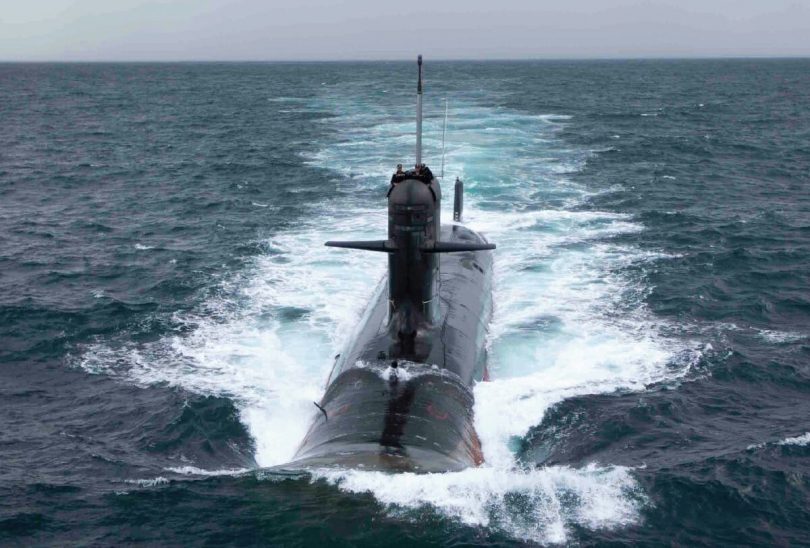 INS Karanj, the third (India made) submarine of the Calvary class is expected to join the Indian Navy in four to five months. Karanja was sent for sea trials in 2018 and according to sources these tests have been successful. The fourth submarine of the same class, INS Vela, will also join the Navy by the end of next year. The first two submarines of the Calvary class, Kalvari and Khanderi, have already joined the Navy. Notably a total of 6 submarines of Kalvari Class are being manufactured at Mazgaon Dock Limited, Mumbai.

These submarines can live up to 50 days at sea and travel up to 12000 km at a time. It employs 8 officers and 35 navies and can dive up to 350 meters under the sea. Submarines of the Kalvari class can move at 37 kmph under the sea. These contain torpedoes to destroy a submarine inside the ocean or a ship on the ocean surface. Apart from this, they can also lay landmines in the sea. The Indian Navy had made a major plan in 1997 to strengthen the Submarine fleet. Under this, there was a plan to build new 24 submarines by 2024. But this plan is still lagging behind. Kalvari joined the Navy in 2017 as the first submarine under the class ie Project 75.

The project is expected to be completed by 2022. Project 75 (India) of a more modern submarine equipped with air independent propulsion is expected to start soon. Tender for this project is coming out soon. In addition to these 12 submarines, India plans to make 12 nuclear submarines. At present, the Indian Navy has 9 Indus class, 3 in Shishumar class, 2 in Kalvari class and one nuclear submarine INS Chakra i.e. 14 submarines in total. Apart from these, there are two submarines of the Arihant class ie INS Arihant and INS Arighat which are nuclear ballistic submarines. All submarines of the Indian Navy are diesel-electric except nuclear submarine and due to lack of air independent propulsion, they have to surface every one or two Days.